Proud PINOY does not claims any credit for any articles, news and/or photos posted here. All visual content is copyright to its respectful owners. All info's are not accurate and may contains errors. If you are the owner to any photos or articles, and does not want us to post it here, please contact us by e-mail

Days and even weeks before Philippine Independence Day on Tuesday, Filipinos in different parts of the world celerated the nation's liberation from Spanish colonizers on June 12, 1898.The government's Official Gazette said July 4 was celebrated as Philippine Independence Day until 1962 when the late President Diosdado Macapagal issued Proclamation No. 28, moving the holiday to June 12.Macapagal is the father of former President and incumbent Pampanga Rep. Gloria Macapagal-Arroyo, who is currently on hospital arrest at the Veterans Memorial Medical Center in Quezon City for political sabotage during the 2007 elections.On June 12, 1898, the Spanish government ceded the Philippines to the United States in the 1898 Treaty of Paris, ending the Spanish-American War.On the other hand, on July 4, 1946, the US granted the Philippines independence through the Treaty of Manila. The Official Gazette said Macapagal’s Proclamation 28 was enacted into law by the Congress of the Philippines on August 4, 1964, by virtue of Republic Act No. 4166.According to lawphil.net, RA 4166 changed the date of the celebration of Philippine Independence Day from July 4 to June 12.RA 4166 also established July 4 as Republic Day to commemorate the foundation of the modern Republic of the Philippines.United StatesEstimated number of Filipinos: 3,166,529*  The Department of Foreign Affairs (DFA) said between 80,000 and 100,000 attended  in New York on June 3 a "More Fun" parade with the theme: “Ikarangal ang Pilipino: Dakilang Bayani ng Mundo.” Organized by the Philippine Independence Day Council Inc. (PIDCI), four programs were held before the Annual Philippine Independence Day Grand Parade:
The parade route passed through Madison Avenue from 38th to 26th Streets. Over 128 different groups — including marching bands, Filipino community groups — joined in promoting the Philippine Department of Tourism's "It's More Fun in the Philippines" campaign.  The parade culminated with a giant Philippine Human Flag put together by Gawad Kalinga (GK) led by Founder Tony Meloto and GK volunteers. The celebrities and performers who joined the celebration included Dingdong Dantes, Aljur Abrenica, Rachelle Ann Go, Filipino-American Broadway star Anna Maria Perez de Tagle, Bessie Badilla, Beth Tamayo, and PIDCI's beauty title holders. A cultural festival followed at the corner of Madison Avenue and 23rd street featuring De Tagle, GMA Pinoy TV talents, Ryan Cayabyab and the Ryan Cayabyab Singers. Throughout the day, a "Pinoy Street Fair" featuring Philippine cuisine, items, and products, was held along Madison Ave from 26th to 24th Streets. Saudi ArabiaEstimated number of Filipinos: 1,512,539*For the 114th celebration of Philippine Independence Day, Filipinos in Jeddah, Saudi Arabia started a month-long celebration with the theme “Pananagutan ng Bayan Para sa Tuwid na Daan.” Some of the Independence Day activities in Saudi Arabia include: June 12 – a flag-raising ceremony will be held at the Philippine Consulate to be followed by a reading of messages from the Philippine President and other government agencies;June 14 - the consulate will hold two events: (1) the 1st Philippine Consulate General Jeddah Bowling Tournament and (2) the Philippine food festival; June 14 to 15 - "OFW Fun Day" summer festival of the group Filipino Expatriates for Social Organizations and Sports; the event will also feature the grand finals of the Himig ng Kalayaan singing competition, among others. 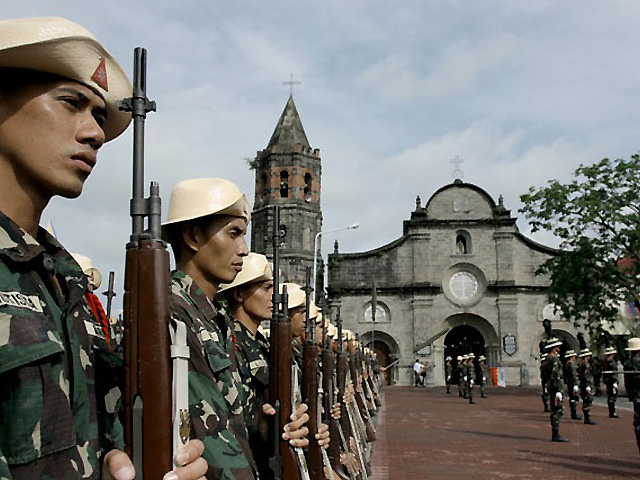 Thousands of Filipinos joined the celebration of Philippine Independence Day in the United States. Courtesy of GMA International
NorwayEstimated number of Filipinos: 21,154* Around 600 Filipinos and people of other nationalities from all over Norway gathered in Oslo on June 2 to mark the 114th Philippine Independence Day. The event was spearheaded by Bayani Mercado, Ambassador of the Philippines to Norway. Members of Filipino communities in Noway such as the international religious group Couples for Christ, wore traditional Filipino costumes and proudly waved Philippine flags.Their Norwegian supporters also wore traditional Filipino clothing such as the barong and saya, or Philippine flag-inspired jackets and shirts. They joined a two-kilometer parade that passed by Karl Johans gate, Universitets gate, Ullevålsveien all the way to St. Hanshaugen Park.It was the biggest Filipino parade in the history of the Filipino Community in Norway. Some 1,000 people also joined on that day a Fiesta Filipino celebration at St. Hanshaugen Park. The event featured booths offering Filipino presentations and food and products from different Filipino groups and the "Pasiklaban Sa Araw Ng Kalayaan," a Filipino talent search.MalaysiaEstimated number of Filipinos: 316,273* In Malaysia, the Filipino community celebrated Philippine Independence Day for the first time on June 10 when 1,200 people paraded through the streets of Kuala Lumpur, the Department of Foreign Affairs (DFA) said in a news release. Philippine Ambassador Jose Eduardo Malaya III led the parade attended by members of the Filipino Malaysian community, including the Federation of Filipino Associations in Malaysia (FFAM) under Amializa Francisco. "We are happy and heartened that the Filipino-Malaysian community came out in force to celebrate our unique heritage, especially that we celebrate the 114th anniversary of the proclamation of Philippine Independence," Malaya said. Adding to the colorful costumes and festive music was the Kuala Lumpur Marching Band and the Philippine Off-Road Land Rover Team joined by Philippine-based artists such as Paloma Esmeria and Filipino band Rivermaya vocalist Jayson Fernandez. “It is a big honor for us to be able to showcase what is great about the Philippines and true to the tourism slogan, that it is 'more fun in the Philippines,” Francisco said. After the parade, there was an open house at the Embassy and an airing of the bout between Filipino boxing icon and Sarangani Rep. Emmanuel "Manny" Pacquiao and Timothy Bradley Jr. Meanwhile, Filipinos in the Sarawak area will celebrate Independence Day from June 15 to 17 with an art exhibit on the 15th and a formal reception for the Filipino community on June 16, the DFA said. Timor-LesteEstimated number of Filipinos: 1,769*In Timor-Leste, the DFA said Filipino United Nations police peacekeepers led rites marking the 114th Philippine Independence Day.The DFA said members of the outgoing batch of UN officers took part in a flag-raising ceremony at the Embassy grounds."The members of the outgoing batch of Filipino UN police officers in Timor-Leste, with Contingent Commander Superintendent Mario Llorin, led the rendition of the Philippine national anthem and the recitation of the Pledge of Allegiance to the Philippine national flag," the DFA said.During the event, Third Secretary and Vice Consul Maurice Tiempo read the Independence Day messages of President Benigno Aquino III and Foreign Affairs Secretary Albert del Rosario.Philippine Ambassador to Timor-Leste Maria Aileen Bugarin urged the Filipino community "to become willing partners and dedicated collaborators" in the collective quest for a peaceful, stable and prosperous Philippines." IsraelEstimated number of Filipinos: 35,700*  In Israel, some 600 Filipinos and Israelis gathered at the Duhl Theater in Hatikva, Tel Aviv to celebrate Independence Day on June 9. Organized by the Federation of the Filipino Communities in Israel, the event featured cultural presentations from the different community organizations and competitions for Best Ethnic Wear, Cultural Dances, Little Mr. and Ms. Independence, to name a few. Even Philippine peacekeepers in the Golan Heights attended the celebration and presented a surprise cultural dance number, according to the DFA.  United Arab EmiratesEstimated number of Filipinos: 636,154*   A colorful parade and a series of cultural presentations were held at the Al Safa Stadium in Dubai on June 8 during a Fiesta-like celebration with the theme “Kalayaan, Kasiyahan, Kaunlaran.” A report from Gulf News said two celebrities from Manila — Kapuso stars Jennylyn Mercado and Jay-R — flew in from Manila to join the celebration. Meanwhile in Abu Dhabi, focus on financial literacy and pride in the Filipino culture was the theme for this year's week-long celebration, another report of Gulf News said. Ernesto Refugio, chairman of Bayanihan Council, said “We have also lined up activities such as a financial literacy forum and training on June 15 where a group of trainers from Manila will come here to teach Filipinos how to save, invest, and prepare for their retirement as spearheaded by our ambassador," he said. A Filipino chef from Manila has been invited to prepare national dishes during the program. "We would like to give emphasis on [Filipino] food, fun and flavor. These three will give that festive atmosphere that we usually experience when we're back home," Refugio said. Australia Estimated number of Filipinos: 345,592*   In New South Wales in Wagga Wagga and Bathhurst city, the Filipino community, headed by consul general to Sydney Anne Louis and city mayor Kerry Pascoe, celebrated Philippine Independence Day on June 2. Included in the program were cultural presentations, a brief history of Philippine Independence and the Philippine flag and an oath taking ceremony for those who have availed of the dual citizenship program, according to a report from the DFA.During the celebration, Louis urged Filipinos preserve their heritage. More Independence Day activities including flag-raising ceremonies, cultural programs and Independence Day balls, will soon be held in Sydney and other cities in New South Wales. - with Ronaldo Concha, John Noceda, VVP, GMA News* Data from the 2010 Stock Estimate of the Commission on Filipinos Overseas
Posted by iraff at 5:04 AM

Quote of the Day 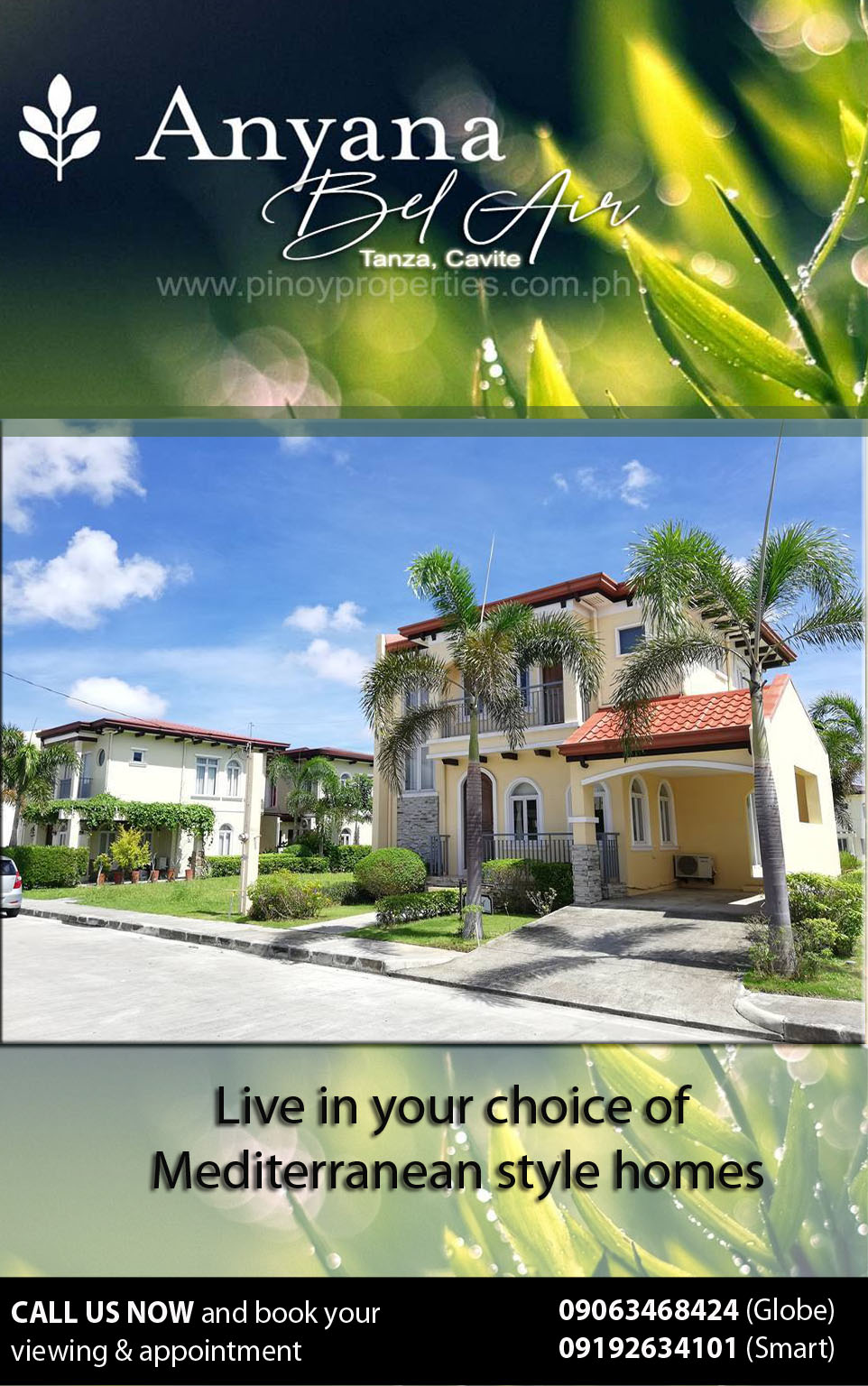 Today in History by HistoryOrb.com